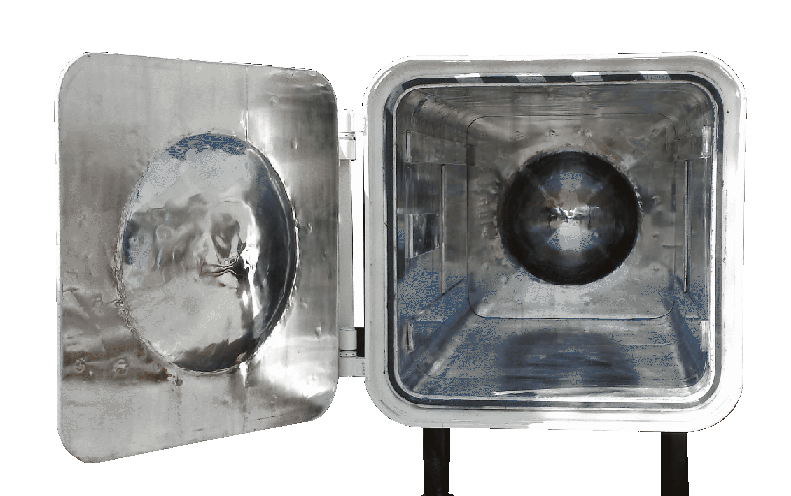 Ethylene oxide sterilization is a chemical process consisting of four primary variables: gas concentration, humidity, temperature and time. Ethylene oxide is an agent that disrupts the DNA of microorganisms, which prevents them from reproducing. EO sterilization assures that a safe and sterile product will be delivered to the market each and every time..

Foods - One of the first steps toward sterilization was made by Nicolas Appert. He learned that thorough cooking (applying a suitable amount of heat over a suitable period of time) slowed the decay of foods and various liquids, preserving them for safe consumption for a longer time than was typical. Canning of foods is an extension of the same principle, and has helped to reduce food borne illness ("food poisoning"). Other methods of sterilizing foods include food irradiation and pascalization (the use of high pressure to kill microorganisms).

Medicine and surgery - In general, surgical instruments and medications that enter an already aseptic part of the body (such as the bloodstream, or penetrating the skin) must be sterilized to a high sterility assurance level, or SAL. Examples of such instruments include scalpels, hypodermic needles and artificial pacemakers. This is also essential in the manufacture of parenteral pharmaceuticals. Heat (flame) sterilization of medical instruments is known to have been used in Ancient Rome, but it mostly disappeared throughout the Middle Ages resulting in significant increases in disability and death following surgical procedures. Preparation of inject able medications and intravenous solutions for fluid replacement therapy requires not only a high sterility assurance level, but also well-designed containers to prevent entry of adventitious agents after initial product sterilization

Sterilization as a definition terminates all life; whereas sanitization and disinfection terminates selectively and partially. Both sanitization and disinfection reduce the number of targeted pathogenic organisms to what are considered "acceptable" levels - levels that a reasonably healthy, intact, body can deal with. An example of this class of process is Pasteurization.

Ethylene oxide (EO or ETO) gas is commonly used to sterilize objects sensitive to temperatures greater than 60 °C and / or radiation such as plastics, optics and electrics. Ethylene oxide treatment is generally carried out between 30 °C and 60 °C with relative humidity above 30% and a gas concentration between 200 and 800 mg/l, and typically lasts for at least three hours. Ethylene oxide penetrates well, moving through paper, cloth, and some plastic films and is highly effective. ETO can kill all known viruses, bacteria and fungi, including bacterial spores and is compatible with most materials (e.g. of medical devices), even when repeatedly applied. However, it is highly flammable, toxic and carcinogenic.

The two most important ethylene oxide sterilization methods are: (1) the gas chamber method and (2) the micro-dose method. To benefit from economies of scale, ETO has traditionally been delivered by flooding a large chamber with a combination of EtO and other gases used as dilutants (usually CFCs or carbon dioxide). This method has drawbacks inherent to the use of large amounts of sterile being released into a large space, including air contamination produced by CFCs and/or large amounts of EtO residuals, flammability and storage issues calling for special handling and storage, operator exposure risk and training costs.

Ethylene oxide is still widely used by medical device manufacturers for larger scale sterilization (e.g. by the pallet), but while still used, ETO is becoming less popular in hospitals. Since ETO is explosive from its lower explosive limit of 3% all the way to 100%, ETO was traditionally supplied with an inert carrier gas such as a CFC or halogenated hydrocarbon. The use of CFCs as the carrier gas was banned because of concerns of ozone depletion and halogenated hydrocarbons are being replaced by so-called 100% ETO systems because of the much greater cost of the blends. In hospitals, most ETO sterilizers use single use cartridges (e.g. 3M's Steri-Vac line or Steris Corporation's Stericert sterilizers because of the convenience and ease of use compared to the former plumbed gas cylinders of ETO blends. Another 100% method is the so-called micro-dose sterilization method, developed in the late 1950s, using a specially designed bag to eliminate the need to flood a larger chamber with ETO. This method is also known as gas diffusion sterilization, or bag sterilization. This method minimizes the use of gas.

Another reason for the decrease in use of ETO is the well known health effects. In addition to being a primary irritant, ETO is now classified by the IARC as a known human carcinogen. The US OSHA has set the permissible exposure limit (PEL) at 1 ppm calculated as an eight hour time weighted average (TWA) [29 CFR 1910.1047] and 5 ppm as a 15 minute TWA. The NIOSH Immediately dangerous to life and health limit for ETO is 800 ppm. The odor threshold is around 500 ppm and so ETO is imperceptible until concentrations well above the OSHA PEL. Therefore, OSHA recommends that some kind of continuous gas monitoring system be used to protect workers using ETO for sterilization. While the hazards of ETO are generally well known, it should be noted that all chemical sterilants are designed to kill a broad spectrum of organisms, by exposing them to high concentrations of reactive chemicals. Therefore, it is no surprise that all the common chemical gas sterilants are toxic and adequate protective measures must be taken to protect workers using these materials.